We all love to go swimming at the beach. Some people like to go fishing or diving off the rocks, some people like to lie on the beach and people watch, just like our parents did when they were young and just like there parents probably did too. So its only fair that the next generations should be able to have those experiences too. But that might not be the case.

The East coast have got the drillers in the waters, and my kainga in south Auckland could be next. There’s an area that runs from Manukau heads to the Cape. The government have now taken bids for drilling prospecting for most of the west side of the north island and will announce soon. Some high risk of earthquakes areas around the south island have been looked at as possible drilling areas too. If we don’t take action to protect our land we could see, earthquakes, volcanic eruptions and oil spilling out onto our beaches way worse than the rena spill last year. 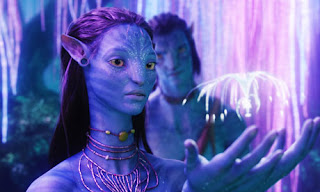 Whats happening now with drilling is a lot like what happened on Avatar. The imperialist humans have depleted Earths natural resources and now are trying to mine the precious minerals of the Navi people. New Zealand is like Pandora, clean and green, we are like the Navi people and you can guess who the drillers are.

It's happened all over the world, but we have a treaty that protects us from this. How? Section 9 of the State Owned Enterprises Act states that: “Nothing in this Act shall permit the Crown to act in a manner that is inconsistent with the principles of the Treaty of Waitangi." Without the treaty of Waitangi, New Zealands state owned assets and the land they sit on can be sold off to foreign interests, which is one reason why the government are trying to get rid of it or tweek it to their benefit.

Oil is like blood. The earths blood or the whales. It has been used for thousands of years right back to the babylonian days. But not like how we've been using it lately. Money has poisoned mankind and turned us into oil sucking vampires. A few hundred years ago we almost brought the whale to extinction hunting them for their oil and for over a hundred years we've relied on drilling the Earth's oil for almost everything. From the petrol in our cars to the ink in our pens even for the strings on our guitars.

But we are now at a turning point in our oil history. Experts say it took 50-300 million years to form, and yet we have managed to burn roughly half of all global oil reserves in the last century. That means that it will become harder to retrieve oil and so the prices will keep rising and the oil rigs will keep growing and digging deeper and deeper destroying everything around it as it goes. Then they will start trying to bring in more high risk ways of raping the land including gas extraction such as Hydraulic fracturing or "Fracking"

Fracking is also a new type of drilling for oil and gases that’s secretly hit our shores. Many people have been protesting against it, but there are already areas in New Zealand like the Taranaki basin and Raukumara basin that have been drilled with over 350 exploration wells drilled to date. There are thousand of chemicals that end up contaminating the water even making the tap water flammable.
We have seen what happened in the Gulf of Mexico a few years ago and the Rena spill last year and how much of a balls up that was. These should be enough to tell us that we are all on the same waka(boat) so we have to look after each other and the waka. So if our leaders want to spoil our land and poison our people with deep sea drilling then screw peaceful protest let us unite and fight in the name of Eywa to keep the greedy old overlords in their place and take whatever other action necessary to protect our beautiful land.